Hangover is defined as the presence of at least two of the following symptoms: a headache, nausea, anorexia, diarrhea, fatigue or shakiness several hours after stopping drinking, that is after complete metabolism of alcohol–when the blood alcohol concentration drops to zero 6.

There is no definite hangover cure known, but this may help: water, bread or crackers, throwing up, aspirin, sleep and – time. 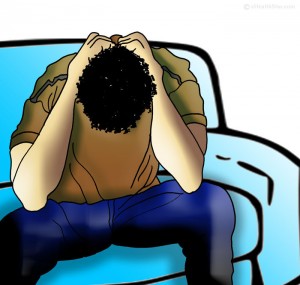 Picture 1. An alcohol hangover with typical symptoms:
a headache, nausea, fatigue and sensitivity to light

Hangover symptoms usually appear several hours after stopping drinking, may last from few to 72 hours (usually less than 24 hours) and may include:

Fever and Liver Pain Are Not Typical Symptoms of Hangover

Fever can be a symptom of alcohol withdrawal or acute pancreatitis, but not a hangover.

How long does a hangover last?

Other Disorders That Mimic a Hangover (Differential Diagnosis)

Causes of Hangover: Ethanol and Congeners

According to some studies, the most likely causes of hangover are ethanol and congeners — byproducts of alcohol fermentation, which include methanol (and its metabolites formaldehyde and formic acid), glycols, acetone, fusel oils, furfural, or naturally occurring substances in red wine, such as histamine, amino acids (tyramine), tannins and polyphenols, or additives, artificial dyes and flavors.

Moonshine 39 and absinthe can also cause a hangover.

Carbonation and sugar 9 do not likely cause or aggravate a hangover.

Who is at increased risk of a hangover?

About 20% of people never experience hangover no matter what amount or which type of alcoholic beverage they drink 57. The risk of hangovers may decrease with age 47,54,56.

Mechanism of a hangover is not known but may involve:

There is no scientific evidence about any instant cure for hangover 5,6 but the following may help: vomiting, water, a small amount of bland food, painkillers, sleep and time.

If you feel you could vomit, do it; this way you excrete excessive gastric juice that causes nausea. After vomiting, rinse your mouth with water to remove the gastric acid from the teeth. DO NOT brush teeth soon after vomiting, because you can aggravate the effect of gastric acid on teeth.

TRY TO AVOID VOMITING if it takes a great effort to expel the stomach content because the muscles in the lower part of your esophagus can tear (Mallory-Weiss syndrome).

DO NOT USE HARD OBJECTS, such as spoons or sticks, to induce vomiting.

DO NOT induce vomiting in a drowsy or unconscious person, because of the danger of the vomit aspiration.

2. Water to Flush Your Stomach and Relieve Dehydration

Drink some water during and after alcohol drinking and before bed.

Contrary to popular belief, alcohol by itself does not cause significant dehydration 36,37,52. The main causes of alcohol-related dehydration are insufficient water drinking and vomiting. The main symptoms of dehydration are dark urine and sudden weight loss.

In any case–being dehydrated or not–a cup or two of water may help ease nausea since it rinses the mouth and dilutes the stomach secretions. If you are not dehydrated, drinking large amounts of water before bed will only make you get up and urinate frequently 6.

What else to drink to overcome a hangover?

In regular caffeine consumers, coffee in the morning can prevent caffeine withdrawal headache. In nonregular coffee drinkers, coffee or other caffeinated beverages have not been proven to prevent or cure a hangover headache; coffee or tea can also prevent a nonregular user from sleeping.

3. Eat some bread or crackers.

Try to eat something before bed — it may calm you down and help you sleep. Plain carbohydrate foods, such as bread or crackers seems to be the best 12.

Foods NOT proven to help:

Fried and other fatty foods (bacon, cakes, chocolate) can worsen nausea 15. Fatty foods before drinking slow alcohol absorption and thus help to prevent severe alcohol intoxication, but fatty foods after drinking do not prevent a hangover 15.

4. Aspirin to Relieve a Headache

It is probably best to avoid any medication during or after drinking alcohol, because of common alcohol-drug reactions. During a hangover, any medication may further irritate the stomach.

A tablet of aspirin before bed, after and not during alcohol drinking, can ease a hangover headache 5,14,53. Other non-steroidal anti-inflammatory drugs (NSAIDs), such as ibuprofen, naproxen, ketorolac and ketoprofen can also help 12,53. Side effects can include stomach irritation and bleeding.

Other medications that can help relieve a hangover:

AVOID acetaminophen (paracetamol), which may, in combination with alcohol and fasting, cause severe liver damage 66,67,83.

6. Vitamin B6 and Other Supplements

The following substances may have a mild headache preventative effect:

You cannot “sweat out” a hangover 15.

A shower or hot bath is not a proven cure for hangover 31.

Cold Compresses or Ice Pack on the Head

Not proven effective in relieving hangover:

Consuming sugars, such as fructose or glucose, or herb extracts, such as artichoke extract (LI120), barley grass, borage, globe artichoke, evening primrose oil, ginseng, kudzu root (a Chinese herb), milk thistle, nutmeg or white willow bark, have no proven effects in the treatment of a hangover 5,9,31,46.

“Hair of the Dog”

Drinking another alcoholic beverage, including “Bloody Mary” (a cocktail of tomato juice, vodka, Tabasco, black pepper and other spices) to get over a hangover does not work. It only postpones the drop of blood alcohol concentration to zero and hence a hangover, but it does not prevent a hangover 15.