Is spinach good or bad for you?

Probably the main health benefit of spinach its high iron content, which can help to prevent iron deficiency, especially in vegans. Spinach is high in few other minerals and vitamins, but not nearly so high that it would need to be called a superfood. 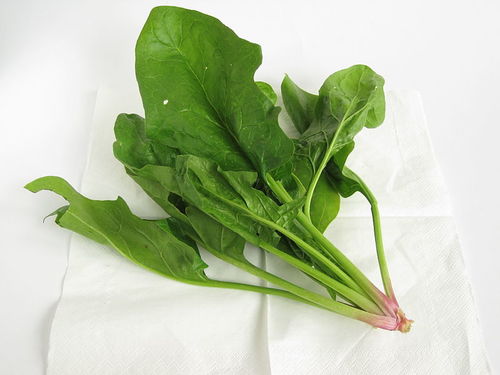 Spinach is a good source of iron but not calcium.

Spinach has one of the highest iron contents among vegetables (3.6 mg/100 g cooked spinach) (2,7). Iron from spinach is absorbed about equally well as from other green leafy vegetables (4,22). Oxalates–organic substances, present in spinach in high amounts–do not significantly reduce iron absorption as previously believed (20).

Spinach contains 50% more iron than kale and 200% more than lettuce.

Although spinach is high in calcium, it does not seem to be a good source of this mineral, because oxalate in spinach can significantly reduce its absorption (3,25). Examples of green leafy vegetables high in calcium from which calcium is well absorbed are broccoli, bok choy, cabbage, mustard and turnip greens (3).

Spinach is a good source of vitamins A and K and folate.

100 grams (1/2 cup) of cooked spinach provides the following percents of daily needs of vitamins for adults:

Spinach is high in antioxidants, such as carotenoids (beta-carotene, lutein, zeaxanthin) (2) and polyphenols (a flavonoid quercetin) (35), but their health benefits are uncertain (45). According to one 2013 systematic review of studies, there is no evidence that antioxidants, even in amounts found in supplements, which are much greater than found in spinach, help to prevent cardiovascular disease (46).

Cooking, freezing or canning can destroy some nutrients.

Spinach seems to be a good source of iron, so it can thus help to prevent iron deficiency anemia, especially in vegetarians.

Spinach contains some fiber and can, therefore, help to prevent constipation.

No proof that spinach increases the muscle strength

According to one small 2011 study (33), nitrates, which are present in spinach and other green leafy vegetables, such as lettuce and celery, in high amounts, might increase the efficiency by which muscles use oxygen and might, therefore, increase the muscle strength, but more research is warranted.

No proof that spinach prevents cancer

Spinach is high in polyphenols and carotenoids (lutein, zeaxanthin), which, in laboratory studies, act as antioxidants, which, theoretically, can have anti-cancer properties, but there is insufficient evidence that spinach consumption helps to prevent or treat breast or other cancers (23,26).

Spinach detox juice does not work.

There seems to be NO EVIDENCE that spinach juice would be effective in removing toxins from your body.

Can spinach be bad for you?

In certain circumstances, eating spinach can have some drawbacks.

Food Poisoning by E.coli or Salmonella After Eating Raw Spinach

They were several recalls of spinach in Canada and US in 2012 and 2013 due to possible contamination with the Salmonella bacteria (12,13).

Desteming and washing spinach with cool water can remove most bacteria (43). According to Centers for Disease Control and Prevention in the US, cooking for 15 seconds at 160 °F (71 °C) can kill E. coli bacteria in spinach (10).

Spinach allergy is rare (26). Symptoms of a mild allergic reaction may include stomach cramps, diarrhea, itchy lips and skin and hives.

In individuals with a pollen allergy (hay fever), eating raw fruits or vegetables, including spinach, may cause a mild allergic reaction called oral allergy syndrome with itchy mouth (28).

In individuals with histamine intolerance, eating spinach, which is high in histamine, may trigger a headache, diarrhea and itchy skin (26,32).

Individuals with salicylate allergy may react to spinach, which is high in salicylates (27).

Some health sources mention spinach intolerance, that is bowel problems (cramping, gas, diarrhea) due to impaired spinach digestion, but it is not clear if this condition actually exists.

Can eating spinach cause excessive gas or diarrhea?

Spinach contains some fiber (5), which, when eaten in large amounts, may cause excessive gas in some people.

Spinach contains some insoluble fiber, which may, according to anecdotal reports, trigger diarrhea in some individuals with irritable bowel syndrome (IBS).

Garden soil in urban areas, especially near the roads and old painted houses, may be contaminated by lead (21). Spinach grown in such soil can accumulate lead and probably other heavy metals, so its long-term consumption may potentially lead to chronic heavy metal poisoning (21).

Spinach is safe in pregnancy.

Several US government pregnancy health websites recommend including spinach into a diet of pregnant women because of its high iron and folate content (9). Pregnant women should avoid raw spinach to prevent bacterial infection.

Spinach can be dangerous for infants.

Another reason why spinach should not be given to infants before 6 months of age is that oxalates in spinach may inhibit calcium absorption from milk and other foods (26).

Can you eat too much spinach?

In certain circumstances, oxalates and goiter-promoting substances in spinach, when consumed in large amounts could cause health problems.

Consuming large amounts of spinach, which is high in oxalate, increases oxalate excretion in the urine and can thus increase the risk of calcium oxalate kidney stones in individuals with personal or family history of kidney stones (15).

Eating a lot of spinach does not likely cause gout. Spinach is high in substances called purines, which, when consumed break down to uric acid, which could theoretically increase the risk of gout (accumulation of urate crystals in joints), but according to some studies, consumption of high amounts of vegetables high in purines, for example, spinach and legumes, is not associated with gout (41).

Eating a lot of spinach does not cause hypervitaminosis A.

Hypervitaminosis A can result from continuous consumption of large amounts of vitamin A in the form of retinol (for example, from the animal liver) but not from beta-carotene, which is the form of vitamin A found in spinach (2).